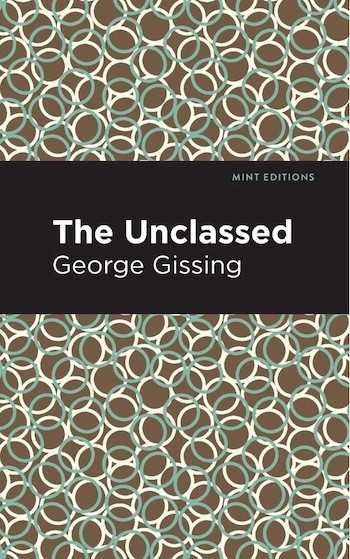 The Unclassed | George Gissing
BUY BOOK
Recommended by Charlotte Shane
“I have the impression that The Unclassed doesn’t command a lot of respect in comparison to George Gissing’s later novels, but I found it more memorable and moving than New Grub Street, which is admittedly more polished. I can’t believe this sensitive, feminist, prostitute-loving man died from such a stupid thing (catching a chill on a winter walk).”
About the Book
Struggling to make it as a lower-class Londoner, Osmond Waymark finds himself unable to give up his literary ambitions. Desperate and lonely, he strikes up a friendship with Julian Casti, a similarly down-and-out young writer who suffers from both poverty and xenophobia as the son of Italian immigrants. When Julian agrees to an ill-advised marriage to Harriet Smales, a rude young woman, he inadvertently exposes Osmond to her manipulative and vindictive ways. As Osmond falls for Ida Starr, a prostitute’s daughter driven to rise above her circumstances, he unwittingly angers Harriet, whose friend Maud is secretly in love with him. In a shocking turn of events, Harriet conspires to get Ida arrested for theft, then maneuvers to get Osmond into the arms of Maud. The two become engaged, leaving Ida—the novel’s heroine—to rely on her wits and survival instinct to not only prove her innocence, but win back the man she loves. 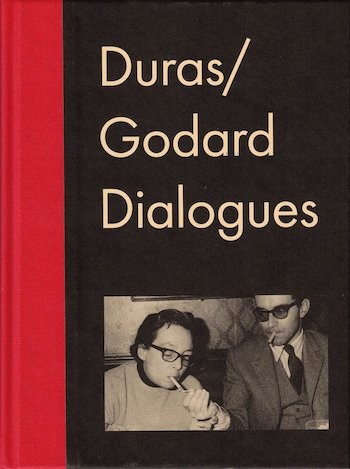 Duras/Godard Dialogues | Marguerite Duras & Jean-Luc Godard
BUY BOOK
Recommended by A. S. Hamrah
“This book collects, in translation, the series of interviews, or meetings, which took place between the two French colossi over an eight-year period in the late 1970s and 1980s. Its release got lost somewhere in the deepest low points of the hell year 2020. And I mean the deepest, because when Duras and Godard get together, things may be pithy but they are not light. ‘Do people laugh when they write?’ JLG asks MD. ‘They also cry,’ she says.”
About the Book
“This deceptively slim volume condenses a decade worth of vigorous activity into a few brief, yet enormously rich encounters.” —Sight & Sound. Introduction, afterword and footnotes by Cyril Béghin. Translation by Nicholas Elliott. 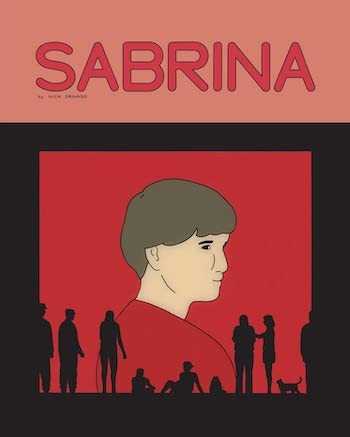 Sabrina | Nick Drnaso
BUY BOOK
Recommended by Nicole Lipman
“Reading Sabrina feels like being enveloped by the darkest parts of the internet: conspiracy, atomization, true crime, American right-wing politics. Nick Drnaso’s extraordinarily beautiful graphic novel swallows you and refuses to let you go—months after reading it, I’m still thinking about the book on a weekly basis. ”
About the Book
When Sabrina disappears, an airman in the US Air Force is drawn into a web of suppositions, wild theories, and outright lies. He reports to work every night in a bare, sterile fortress that serves as no protection from a situation that threatens the sanity of Teddy, his childhood friend and the boyfriend of the missing woman. Sabrina’s grieving sister, Sandra, struggles to fill her days as she waits in purgatory. After a videotape surfaces, we see devastation through a cinematic lens, as true tragedy is distorted when fringe thinkers and conspiracy theorists begin to interpret events to fit their own narratives. 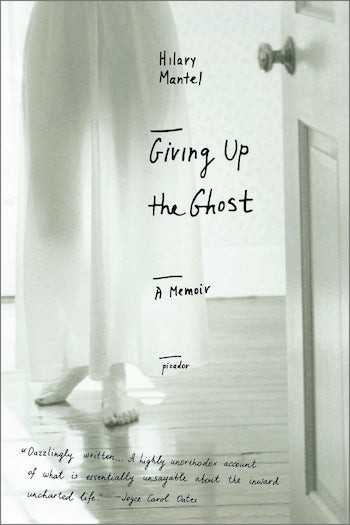 Giving Up the Ghost | Hilary Mantel
BUY BOOK
Recommended by Jane Hu
“Mantel's painfully beautiful memoir about the ongoing misdiagnoses for her severe endometriosis. The memoir also gives insight into Mantel's origin story as a writer of fiction.”
About the Book
In postwar rural England, Hilary Mantel grew up convinced that the most extraordinary feats were within her grasp. But at nineteen, she became ill. Through years of misdiagnosis, she suffered patronizing psychiatric treatment and destructive surgery that left her without hope of children. Beset by pain and sadness, she decided to “write herself into being”—one novel after another. 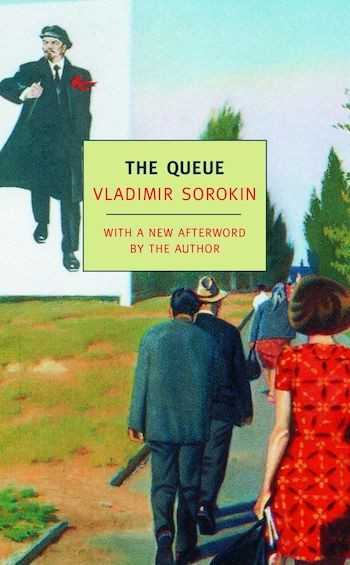 The Queue | Vladimir Sorokin
BUY BOOK
Recommended by Jennifer Wilson
“On one of my first visits to Russia, a friend advised me that if I ever got into any kind of dispute with a cashier, it was extremely important I get the people in line on my side. Not long after, I was at an art museum trying to get a refund; it turned out the exhibition I wanted to see was at a different museum. As the cashier was berating me over my error, I started to hear some grumbling behind me: (in Russian) She’s right. It’s not clear. They don’t mark anything properly. It is nice to see a young person taking an interest in art. In the 1970s in the Soviet Union, Vladimir Sorokin was just trying to get a kilo of caviar. When the cashier told him they were only giving out half kilos, someone in line yelled, “Give him a fucking kilo, goddamit!” Sorokin’s first novel, The Queue, about the long lines that defined Brezhnev’s Russia, is a joyful read. I swear! It is full of funny, horny strangers, getting really involved in one another’s lives and complaining about their government. Reading it always leaves me inspired and hopeful, reminded of that day the line helped me get my money back.”
About the Book
Vladimir Sorokin's first published novel, The Queue, is a sly comedy about the late Soviet "years of stagnation." Thousands of citizens are in line for . . . nobody knows quite what, but the rumors are flying. Leather or suede? Jackets, jeans? Turkish, Swedish, maybe even American? It doesn't matter—if anything is on sale, you better line up to buy it. Sorokin's tour de force of ventriloquism and formal daring tells the whole story in snatches of unattributed dialogue, adding up to nothing less than the real voice of the people, overheard on the street as they joke and curse, fall in and out of love, slurp down ice cream or vodka, fill out crossword puzzles, even go to sleep and line up again in the morning as the queue drags on. 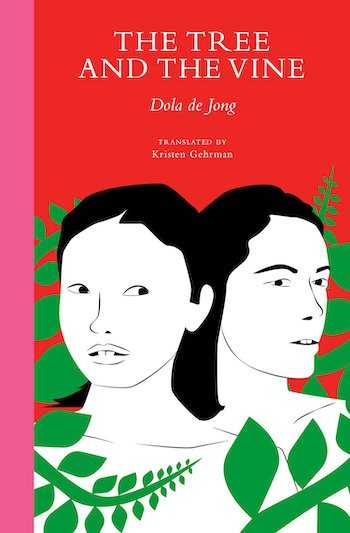 The Tree and the Vine | Dola de Jong
BUY BOOK
Recommended by Rachel Ossip
“Though initially rejected as 'unpublishable' for its bluntly lesbian characters, Dola de Jong’s 1954 novel is not the salacious tale such objections might signal. Instead, it is a brooding, subtle story of the fraught relationship between two codependent roommates, Erica and Bea, in interwar Amsterdam. As Erica jumps from woman to woman, Bea is tormented by her own ambivalence, vacillating between her deep conservatism and the intensity of her obsession with Erica, all while the dark creep of history lurks in the wings.”
About the Book
When Bea meets Erica at the home of a mutual friend, this chance encounter sets the stage for the story of two women torn between desire and taboo in the years leading up to the Nazi occupation of Amsterdam. Erica, a reckless young journalist, pursues passionate but abusive affairs with different women. Bea, a reserved secretary, grows increasingly obsessed with Erica, yet denial and shame keep her from recognizing her attraction. Only Bea's discovery that Erica is half-Jewish and a member of the Dutch resistance—and thus in danger—brings her closer to accepting her own feelings. 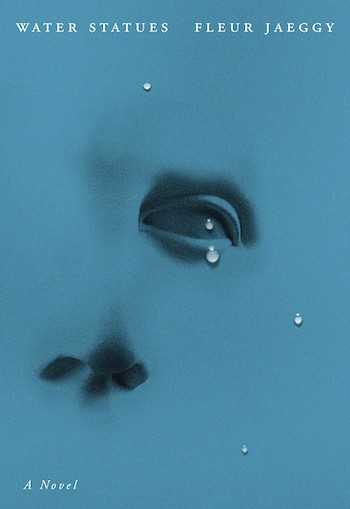 The Water Statues | Fleur Jaeggy
BUY BOOK
Recommended by Clare Fentress
“A slight, dread-laced volume that truly defies description, The Water Statues is inscrutable yet particular, highly formal yet entirely unconventional. Read it to renew your faith in the untapped possibilities of fiction. ”
About the Book
Even among Fleur Jaeggy's singular and intricate works, The Water Statues is a shiningly peculiar book. Concerned with loneliness and wealth's odd emotional poverty, this early novel is in part structured as a play: the dramatis personae include the various relatives, friends, and servants of a man named Beeklam, a wealthy recluse who keeps statues in his villa's flooded basement, where memories shiver in uncertain light and the waters run off to the sea. 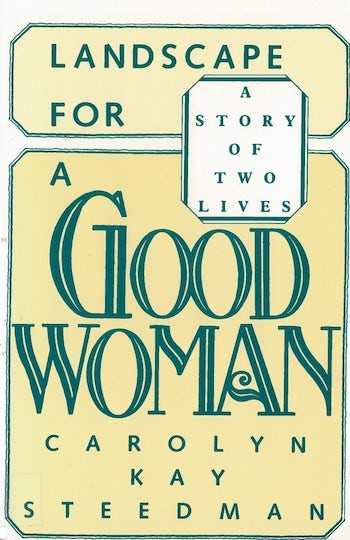 Landscape for a Good Woman | Carolyn Kay Steedman
BUY BOOK
Recommended by Ken Chen
“The British Marxist feminist Carolyn Kay Steedman wanted to write about certain political issues—the counter-intuitive absence of the patriarchy and the similarly counter-intuititive lure of conservatism for the working class—but she found that she could only do so by writing about her own life. This forgotten classic is perhaps the best intellectual book not written by Saidiya Hartman at combining the personal/literary register with a more dispassionate analysis of class, gender, and structures of power. Intellectually uncompromising, Steedman writes with an infallible memory and a surprising, psychoanalytic sense of myth and fairy tale.”
About the Book
Intricate and inspiring, this unusual book uses autobiographical elements to depict a mother and her daughter and two working-class childhoods (Burnley in the 1920s, South London in the 1950s) and to find a place for their stories in history and politics, in psychoanalysis and feminism. 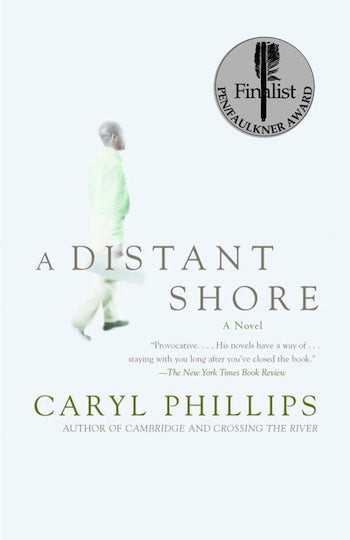 A Distant Shore | Caryl Phillips
BUY BOOK
Recommended by Ken Chen
“This deceptive, tricky and ultimately moving novel consists of a series of novellas whose joins are initially less obvious than they appear. What initially seems like a portrait of a depressed woman in a Little Englander town gradually widens into a story about race, the global south, migration, and the unforgivable past lives we accumulate and hide. Phillips is so anchored in character that his books are often as addictive and suspenseful as well-done prestige TV, and this firm storytelling base means he can perform wilder experiments in narrative—often jumping in time, eliding scenes, and abruptly changing point of view. He's one of the most interesting writers in terms of using narrative perspective as a provocation.”
About the Book
Dorothy is a retired schoolteacher who has recently moved to a housing estate in a small village. Solomon is a night-watchman, an immigrant from an unnamed country in Africa. Each is desperate for love. And yet each harbors secrets that may make attaining it impossible. 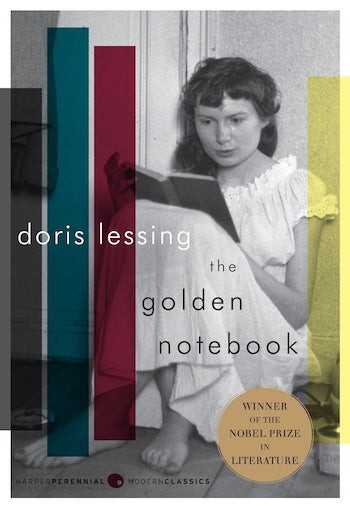 The Golden Notebook | Doris Lessing
BUY BOOK
Recommended by Tess Edmonson
“Anna Wulf, Lessing’s protagonist, maintains four differently colored journals: red for her political activity in the British Communist Party; blue for her dreams, feelings, and psychoanalysis; black for her portrayal of young adulthood in colonized Southern Rhodesia; yellow for a novelized account of a failed love affair. The powerful fantasy of an unintegrated life—a life where work, sex, writing, children, political organizing, and friendships can be independently managed and maintained—brings Anna close to total psychic dissolution.”
About the Book
Anna is a writer, author of one very successful novel, who now keeps four notebooks. In one, with a black cover, she reviews the African experience of her earlier years. In a red one she records her political life, her disillusionment with communism. In a yellow one she writes a novel in which the heroine relives part of her own experience. And in a blue one she keeps a personal diary. Finally, in love with an American writer and threatened with insanity, Anna resolves to bring the threads of all four books together in a golden notebook. Lessing's best-known and most influential novel, The Golden Notebook retains its extraordinary power and relevance decades after its initial publication.
Make a Quiz
It's free to start.
Powered by: Quiz Maker